Multilingualism, Pluricentricity and the Search for Legitimacy: Discourses of Standardisation in Catalan- and Occitan-speaking France
.ical
2022-04-12, 11:00–11:30 (Europe/Vienna), Room 1

How is the notion of a ‘standard language variety’ conceptualised in contemporary Europe? How do multilingual scenarios influence speakers’ understanding of standardisation? Furthermore, how do pluricentric standardisation solutions complicate this picture? This presentation aims to shed light on all of these issues by focusing on ideologies of standardisation in Catalan- and Occitan-speaking communities in southern France.
Standard languages function as ‘normalised products’ (Bourdieu 1991: 46) and are imbued with a greater degree of legitimacy than non-standard varieties due to the Standard Language Ideology (SLI, cf. Lippi-Green 2012). This leads us to question what happens when a non-dominant language seeks to acquire greater legitimacy and prestige. Can standardisation increase legitimacy for varieties that have been subjected to centuries of political and ideological subordination? What then happens to minority languages when there is not one clear standard, but rather a pluricentric situation with competing solutions? I examine speaker testimonies regarding the role of standardisation, focusing on Occitan and Catalan in France. I will show how the discursive construction of legitimacy for standard varieties is frequently contingent on the ideological creation of linguistic difference. I shall conclude that the application of the SLI to non-dominant language varieties is fraught with problems, and that any attempts to subvert existing hegemony and challenge social order need to address underlying ideologies of linguistic insecurity held by minority language speakers. 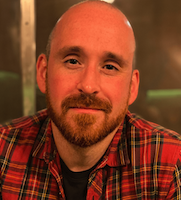 James Hawkey is Senior Lecturer in Spanish and Catalan Linguistics at the University of Bristol, UK. His research focuses on issues in contemporary Catalan sociolinguistics, and his specific interests are in language variation and change, language policy and language attitudes. His work has appeared in the Journal of Sociolinguistics, Language Policy and the Journal of Multilingual and Multicultural Development, among other publications. His recent monograph is Language Attitudes and Minority Rights: The Case of Catalan in France (Palgrave Macmillan, 2018)