The South Slavic dialect continuum is characterized by an intricate encounter of affiliations: Genealogically, it is intersected by an old bundle of isoglosses differentiating Western and Eastern South Slavic. Areally, parts of it share a number of morphosyntactic innovations with their neighboring non-Slavic languages. The resulting variation becomes most distinct in the Torlak dialects spoken in Southern Serbia.
A corpus-based method for assessing the range of dialect-standard variation is designed to identify samples with the highest prevalence of dialect features. It provides insight into areal and inter-speaker variation and allows the extraction of maximally non-standard manifestations of the dialect, which may then be sampled and used for the study of language change and variation. The focus is on the non-standard Timok variety of Torlak undergoing considerable change under the influence of standard Serbian. The degree of variation is assessed by measuring the frequencies of five distinguishing linguistic features:
– accent position
– dative reflexive clitic si
– auxiliary omission in compound perfect
– post-positive article
– analytic case marking in indirect object and possessive
Taking the dialect and standard Serbian as two poles of a variation scale, it aims to empirically distinguish between gradual levels of non-standardness, and to establish accent position as a predictor for the use of other dialect features.
Speakers with the greatest and the least influence of the standard are revealed using hierarchical clustering. The analysis has revealed three clusters of speakers ordered based on the presence of the dialectal features in their speech.
A positive correlation between the occurrence frequencies is used as an indicator for which non-standard feature is the best predictor of the other ones. Pearson’s correlation method demonstrated that accent and the auxiliary omission can serve as an indication of non-standardness in the Timok sample. At the same time, the inability to identify a single reliable predictor of non-standardness illustrates the complexity of the linguistic variation present in Timok.
The results of the methods presented in this study will be used for the classification of the corpus data, as well as to identify data on different poles to be used for the contrastive analysis of the use of dialect. It can be expanded to include more features to further test the hypotheses. As such, the analysis presented here paves the way for creating a method for adding information on variation in dialect corpora in a principled way, derived empirically from the data. 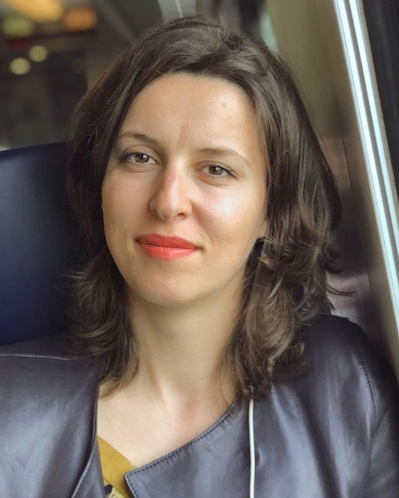 Teodora Vuković is a corpus linguist focusing on linguistic variation in South Slavic varieties and quantitative and computational approaches to the vertical and horizontal diffusion of linguistic features. She is writing her doctoral dissertation at the University of Zurich, within the Horizon 2020 project TraCeBa – (Dis-)entangling Traditions on the Central Balkans: Performance and Perception.