This work deals with the linguistic stereotypes associated to Italian regional varieties by schoolchildren of different ages in a context of internal migration. Sociolinguistic research has demonstrated how variation and stereotypes are already present in pre-school children (Foulkes et al. 1999, Nardy et al. 2013), and results from psycholinguistic experiments have shown how children less than 3 years old are sensible to the linguistic stereotype (Rosenthal 1974, Kinzler & DeJesus 2013). Despite the huge variation of the Italian sociolinguistic setting, only few works have focused on linguistic stereotypes as associated to specific regional varieties (De Pascale & Marzo 2016), and very few works have considered children’s perception (Ruffino 2006).
In this research, we texted 81 children of two schools in Biella (NW Italy), an area who has been touched by many migratory movements both from within and from outside Italian borders. All Children were aged from 6 to 10 years old, equally distributed between males and females. They were asked to listen to 6 different varieties of regional Italian (Piedmontese, Lombard, Venetian, Neapolitan, Sicilian and Sardinian) and to answer a questionnaires in which they have to indicate the house, the work, the car, the hobby and the pleasantness of the speaker’s voice. Images and emoji were used to facilitate the task for the youngest children. It should be noted that the recordings have been made by the same Italian speaker, who was a professional actor and recorded the same message (a weather forecast) in the aforementioned accents. Furthermore, the reliability of those accents, as well as of the images in the questionnaires, was tested in a preliminary phase with a sample of 43 Italian L1 adults of Biella.
The results have shown that only children older than 9 years old appeared sensible to socio-economic status and associate it to specific Italian varieties. In particular, Piedmontese and Venetian are associated to a negative and low-class stereotype, whereas Lombard and Neapolitan were perceived as belonging to high-class speakers. A difference was also observed with respect to the migratory background of the children.
In conclusion, this study casts a new light on the complex variationist dynamics of Italian and of the emergence of sociolinguistic stereotype in children. 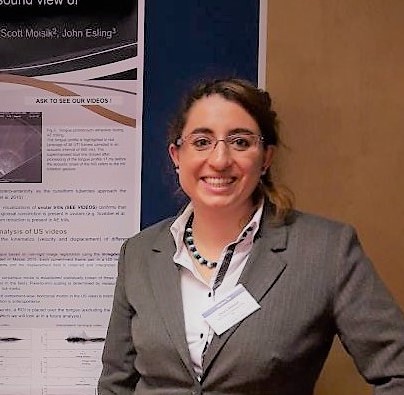 I am currently a Post Doc and contract professor at University of Pavia, where I teach 'Phonetics and Phonology' for the MA in Linguistics.
I'm the team leader of the project CoLIMBi (Corpus of Language, Identity and Migration in Biella) which involves many of my former and actual students, together with schools and institutions in Biella (Italy).
My main research interests involve sociophonetics, language variation and change, and sociopragmatics.