Vernacularisation is a sociolinguistic change that implies a fracturing of previous standard/vernacular indexical relations. But the use of vernaculars itself would not necessarily amount to evidence that sociolinguistic change has occurred. Vernacularisation brings with it a shift towards a more positive valorization of vernaculars, as well as a weakening of standard language ideology (Coupland 2014: 90).
Many scholars have begun focusing on possible changes in the nature of standard language ideologies under the new socio-historical conditions of Late Modernity (Kristiansen & Coupland 2011). As Kristiansen suggests (2016) such changes are more evident in European countries which have been politically independent for centuries, and may be less pertinent in contexts where issues of standardization still figure on the agenda of revitalization planning, as could be the case of Basque. However, taking into account the results of attitudinal research among Basque young people (Urla et al. 2016) we would argue that Basque is certainly affected by the new language ideological currents that are observed throughout Europe (Elordui 2018).
In this research we explore that vernacularisation process in the use of young people in Instagram, giving due consideration to the current sociolinguistic particularities of Basque. We explore if there is a realignment of ideological values attached to standard and vernacular varieties of Basque in that digital social context. We draw our data from a sample of 30 Basque-speaking university students, aged between 18 and 25, that was collected by Gaztesare research group in 2019. The corpus compiles the written production in Instagram of those students, 22.430 chats and 2.500 timeline posts. It also comprises an ethnolinguistic study that includes 20 interviews and 6 focus groups where students were questioned about stylistic choices based on examples drawn from the corpus. In the analysis of those metalinguistic reflections we focus on the indexical meanings evoked by different varieties of Basque and we take a close look at the beliefs and values they associate with those varieties.
In the analysis we have found significant differences in the stylistic choices made by those young students in Instagram according to the audience. Vernacular Basque dialects are primordial resources for stylization in Instagram chat, more commonly aimed at targeted audiences. The dialects are considered a unique tool for building an informal ‘I’ in Instagram. On the other hand, we have seen that standard Basque language predominates in the public Timeline posts. Standard Basque has a formal, serious and professional image.
The main conclusion of this research is that the process of vernacularisation in the Basque context is far from a simple and unidirectional process: there is a clear shift towards a more positive valorization of vernaculars in written production. But, at the same time, standard Batua has gained the values needed to be considered a model variant in the public imagery, it can be said that it is taking steps towards firmly stablishing itself as a standard (Agha 2003). 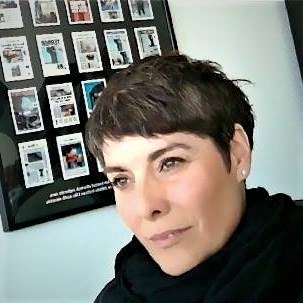