Phonological patterns of heritage languages are not well-understood (Rao, 2016). As globalization and climate-change migration escalate, it is increasingly critical to understand how minority languages evolve. By comparing the same language in one context where it is a minority language to another where it is the majority language, we make headway in showing how variation is transmitted.
Nodari et al. (2019) reported that the transmission of a sociophonetic variable in a heritage language differed from change induced by increased contact with the majority language. They compared the production of voiceless stops in unstressed vs. stressed syllables in three generations of heritage Calabrian Italian speakers to show that aspiration in unstressed syllables, a typical sociophonetic feature of Calabrian Italian, decreased; while aspiration in stressed syllables, typical of English, was stable (and low) across successive generations, in spite of increased contact with English. To better interpret those findings, the current study compares data from homeland speakers (in Calabria, Italy) as well as investigating lexical effects that may account for some of the previously-reported findings.
Since transmission of the sociophonetic variable decreased across generations but wasn’t socially conditioned, we hypothesize that the change is lexically-conditioned: there is an increasingly restricted range of words to which sociophonetic aspiration is bound. The lexical level is a crucial component of many sound changes (Wang, 1969; Labov, 1994). The rate of diffusion of a feature across lexical items can measure how ‘regular’ a sound change is and how much the innovation has generalized across the system. To determine whether one or both types of aspiration in Calabrian Italian are lexically-bounded, we analyze their distribution in the speech of 24 heritage and 8 homeland speakers (~4500 tokens). Aspiration in stressed syllables is conditioned by frequency. In contrast, aspiration in unstressed syllables is not. Using Mixed Effects Models, we will further examine the degree of variability of each lexical item with respect to the possibility of being regularly or irregularly aspirated, seeking differences between the minority (Canada) and majority (Italy) varieties. We expect that, in Heritage Italian, sociophonetic features are transmitted cross-generationally via a restricted set of words that speakers produce according to conservative pronunciation norms. That is, the transmission of a sociophonetic feature is more a lexical than a phonological rule.
A related issue is the relative frequency of sounds and words. More common sounds and words may behave differently from rarer ones in sound changes (cf. Phillips, 1984; Bybee, 2001; Pierrehumbert, 2001). We test the hypothesis that sociophonetic aspiration is preserved more across generations in more frequent words than in rarer words, whereas English-like aspiration is more evenly distributed. This frequency effect may explain the finding from Nodari et al. (2019) of the differing effect of aspiration on /t/ than /p,k/. In sum, lexical frequency predicts aspiration only to a certain extent, differently for unstressed vs. stressed syllables, and differently for sociophonetic vs. contact-induced changes. 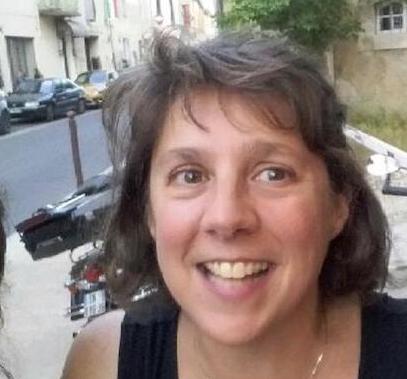 Her primary research project now analyzes variation and change in ten heritage languages spoken in Toronto (http://ngn.artsci.utoronto.ca/HLVC), including comparison to homeland varieties, examination of the effects of ethnic orientation, and pedagogical components to train researchers to conduct variationist analyses of less-codified varieties.

More about her projects and a full list of publications and upcoming presentations is at: http://individual.utoronto.ca/ngn.